In June, I went with my sister to a dinner at the Peoria country club, which has a fantastic view of the Illinois river.  I was going to have “rivers” be my theme for 2009, but really, I’ve seen more caves than rivers this year.  Still, this one is a beauty.  I love it as much as I love the Mississippi River.

Have you ever thought about what makes a river?  The rain falls, what doesn’t soak into the ground may make its way into a little creek or stream and those get collected into rivers.  In the past few years, I’ve run into the term “multiple streams of income”, meaning instead of having one job, people have several ways of making money.  The theory is, it makes you much less vulnerable to changes and upheavals, it makes your river of economic sustenance stronger.

It seems I can’t help but get pulled into the raging healthcare debate these days.   As a social scientist, it’s just fascinating to try to figure out what is happening and where all the emotion is coming from.  I don’t have the answer, but I did realize today that “multiple streams” could be a good idea to consider in the healthcare debate too.  Maybe we’ve gotten too dependent on the one stream of “employer provided health insurance”.   I was reading about some fiercely independent citizens in Montana that didn’t want the government messing up healthcare, and yet, one of those same people was at a clinic for those unable to afford insurance, a clinic already supported by the government.

Whether we like it or not, no matter how independent we feel or want to be, we are part of a community.  We can’t just think about ourselves and we need to realize that one day we might find ourselves less independent than we want to be.  We need  multiple options for multiple situations in order to keep the whole society strong, just the way a river has multiple sources of water.   No man is an island any more.  The pioneer days of rugged individualism are just gone.

And now, you see why I don’t write about politics very often!  Please forgive, and enjoy some river pics! 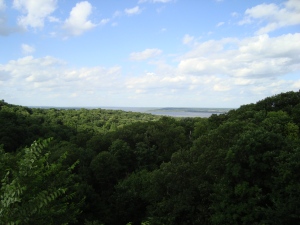 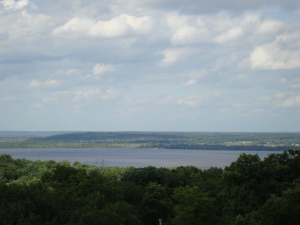 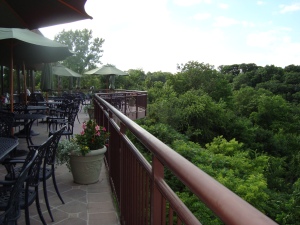 The last two pics are of the veranda at the country club, including a single photographer’s “self portrait”!

One thought on “Multiple streams, rivers and country clubs”